New subgroup analyses presented at Digestive Disease Week® (DDW) 2022 on the integrated efficacy results of Phase 2b and Phase 3 clinical studies of RBX2660.
Data adds to the growing body of evidence of the RBX2660 clinical development program - the largest, most robust program conducted in the field of microbiome-based therapeutics for recurrent C. difficile infection (rCDI).

The first abstract (RBX2660 Versus Placebo to Reduce the Recurrence of Clostridioides Difficile Infection: Subgroup Analysis; Session number 892), an oral presentation, was a subgroup analysis of integrated data from randomized participants who received one dose of blinded treatment of RBX2660 (n=221) or placebo (n=131) in the PUNCH CD2 and PUNCH CD3 trials. In the analysis, participants who received RBX2660 demonstrated greater treatment success compared to placebo (68.3% vs. 55.0%, respectively; P=0.012). Treatment success was defined as remaining recurrence-free for 8 weeks after treatment. There were no differences in treatment success observed based on age, sex, race, ethnicity, site geography, number of previous episodes of CDI recurrence, or duration of antibiotic use prior to study entry (P>0.05).

“The consistent treatment effect with RBX2660 observed in the study, regardless of risk factors associated with recurrence such as older age, female gender, antibiotic use and underlying conditions, demonstrates the potential for RBX2660 to reduce CDI recurrence in a broad patient population,” said Paul Feuerstadt, MD, FACG, AGAF, Yale University School of Medicine. “These findings - in combination with the overall RBX2660 data presented at DDW - further support the potential efficacy and safety of RBX2660 in patients with rCDI.”

The second subgroup analysis (Treatment Success of RBX2660 in Reducing Recurrent Clostridioides difficile Infection in Patients with Underlying Comorbidities; Poster number Su1600) included participants in the modified intent-to-treat study population (n=262) of the PUNCH CD3 trial who were stratified by underlying comorbidities as mild (n=107), moderate (n=71), and severe (n=84) based on baseline Charlson Comorbidity Index (CCI) scores. The CCI is comprised of a number of comorbid conditions - such as cardiovascular and cerebrovascular diseases, any type of cancer, diabetes, and liver or kidney diseases, among others - and provides an estimate for risk of long-term mortality, with severe CCI scores equating to a higher risk of death. Participants with moderate and severe CCI scores had more CDI episodes compared with those who had a mild score.

Across all CCI subgroups, participants who received RBX2660 showed greater and consistent treatment success compared to placebo. The percentage of patients achieving treatment success with RBX2660 vs. placebo, respectively, were as follows: 76.5% vs. 71.8% (mild CCI), 68.0% vs. 57.1% (moderate CCI), and 67.8% vs. 52.0% (severe CCI). The absolute difference in treatment success rates between RBX2660 and placebo increased with increasing comorbidity burden (mild, 5%; moderate, 11%; severe, 16%).

Most treatment-emergent side effects were mild or moderate regardless of underlying comorbidities. Serious adverse events were infrequent and reported in a similar percentage of participants regardless of treatment or underlying comorbidities. One participant with a severe CCI score who received RBX2660 experienced an adverse event leading to death but no deaths or serious AEs were considered related to RBX2660 or its administration.

One abstract (Microbiome and Bile Acid Restoration was Consistent Across Three Clinical Trials of RBX2660 for Recurrent Clostridioides Difficile Infection: A Combined Analysis; Poster number Su1596), presented in a Poster of Distinction, included stool samples from people who participated in the PUNCH CD2, PUNCH CD3, and the open-label PUNCH OLS trials. The samples were analyzed to measure microbiome diversity and microbiome composition shifts from baseline up to 8 weeks after treatment. In treatment responders for all three trials, microbiome diversity and microbiome composition shifted relative to baseline, with greater shifts among the RBX2660-treated than placebo-treated responders. Specifically, RBX2660 demonstrated an increase in the relative abundance of two important classes of beneficial bacteria - Bacteroidia and Clostridia - and reduced relative abundance of classes that could be considered harmful, Gammaproteobacteria and Bacilli. In the PUNCH CD2 and CD3 trials, bile acid compositions were restored from primary predominance before to secondary bile acid predominance after treatment. This is the first and largest multi-clinical trial analysis of microbiome and metabolome changes after investigational microbiota-based treatment.

C. difficile infection (CDI) is a serious and potentially deadly disease that impacts people across the globe. The C. difficile bacterium causes debilitating symptoms such as severe diarrhea, fever, stomach tenderness or pain, loss of appetite, nausea, and colitis (an inflammation of the colon).[1] Declared a public health threat by the U.S. Centers for Disease Control and Prevention (CDC) requiring urgent and immediate action, CDI causes an estimated half a million illnesses and tens of thousands of deaths in the U.S. alone each year.[1,2,3]

C. difficile infection often is the start of a vicious cycle of recurrence, causing a significant burden for patients and the healthcare system.[4,5] Up to 35% of CDI cases recur after initial diagnosis and people who have had a recurrence are at significantly higher risk of further infections.[6,7,8,9] After the first recurrence, it has been estimated that up to 65% of patients may develop a subsequent recurrence.[8,9]

RBX2660 is a potential first-in-class microbiota-based live biotherapeutic studied to deliver a broad consortium of diverse microbes to the gut to reduce recurrent C. difficile infection after antibiotic treatment. RBX2660 has been granted Fast Track, Orphan, and Breakthrough Therapy designations from the U.S. Food and Drug Administration (FDA). The pivotal Phase 3 program builds on nearly a decade of research with robust clinical and microbiome data collected over six controlled clinical trials with more than 1,000 participants.

PUNCH CD3 is a Phase 3, prospective, multi-center, randomized, double-blinded, placebo-controlled clinical trial evaluating the efficacy and safety of RBX2660 vs. placebo in preventing rCDI. The study included adults ages 18 or older who had at least one recurrence after a primary episode of CDI. Participants were followed up to 8 weeks for the efficacy analysis, and up to six months for the safety analysis. The TEAEs were mild-to-moderate GI symptoms in both the RBX2660 and placebo treated arms.

PUNCH CD2 is a Phase 2b, randomized, double-blind, placebo-controlled trial, with data indicating the drug was well-tolerated and demonstrated statistically significant treatment efficacy. The study included adults ages 18 or older who had at least two recurrences of CDI after a primary episode or had completed at least two rounds of standard-of-care oral antibiotic therapy or have had at least two episodes of severe CDI resulting in hospitalization. Participants were followed up to 8 weeks for the efficacy analysis, and up to 24 months for the safety analysis.

Ferring Pharmaceuticals is a research driven, specialty biopharmaceutical group committed to helping people around the world build families and live better lives. Headquartered in Saint-Prex, Switzerland, Ferring is a leader in reproductive medicine and maternal health, and in specialty areas within gastroenterology and urology. Ferring has been developing treatments for mothers and babies for over 50 years and has a portfolio covering treatments from conception to birth. Founded in 1950, privately owned Ferring now employs around 6,000 people worldwide, has its own operating subsidiaries in nearly 60 countries, and markets its products in 110 countries.

Ferring is committed to exploring the crucial link between the microbiome and human health, beginning with the threat of recurrent C. difficile infection. With the 2018 acquisition of Rebiotix and several other alliances, Ferring is a world leader in microbiome research, developing novel microbiome-based therapeutics to address significant unmet needs and help people live better lives. Connect with us on our dedicated microbiome therapeutics development channels on Twitter and LinkedIn.

Digestive Disease Week® (DDW) is the largest international gathering of physicians, researchers and academics in the fields of gastroenterology, hepatology, endoscopy and gastrointestinal surgery. Jointly sponsored by the American Association for the Study of Liver Diseases (AASLD), the American Gastroenterological Association (AGA) Institute, the American Society for Gastrointestinal Endoscopy (ASGE) and the Society for Surgery of the Alimentary Tract (SSAT), DDW is an in-person and virtual meeting from May 21-24, 2022. The meeting showcases more than 5,000 abstracts and hundreds of lectures on the latest advances in GI research, medicine and technology. More information can be found at www.ddw.org. 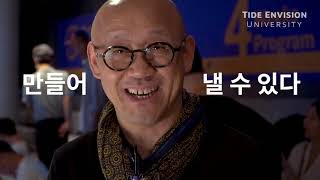 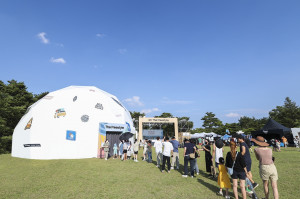